Mae Perm arrived at ENP in 1992 and was the first of many elephants that Lek would go on to rescue. Having worked in the logging industry until the ban in 1989 and then being kept as a pet, Mae Perm has never had the chance to spend time with other elephants and interact with them. As a family pet, Mae Perm was on a poor diet that caused many different problems with her digestion. Once the family saw that she was losing weight and in poor health, they decided to sell her. After being rescued by Lek, Mae Perm quickly returned to being the happy healthy elephant we know today. Although she has never had any calves of her own, Mae Perm has a very strong maternal instinct meaning that she nurtures and cares deeply for those around her; not to mention she loves babies. These characteristics are what makes Mae Perm the best friend that Jokia could ever have hoped for. 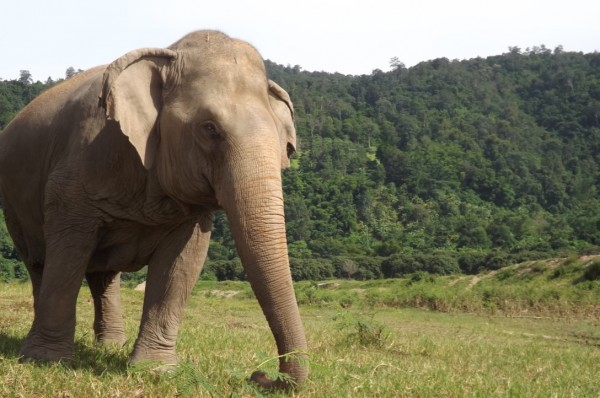 Jokia arrived at Elephant Nature Park in 1999 after living a life of emotion turmoil, tragedy and sadness. At 55+ years, Jokia has been through many hardships that have left her blind and lacking in confidence. During her time in the illegal logging industry, Jokia was pregnant. While she was out pulling the logs in the jungle, she gave birth to a calf who rolled down a hill. Unable to check if her calf was alive, Jokia was beaten to continue working. Unfortunately, the calf was unable to break free in the sack and sadly passed away. With the devastating realization that she had lost her baby, Jokia refused to work. Her mahout, in an attempt to force her to work, shot her with a slingshot, blinding her in one eye. As time went on Jokia became reluctant to work or obey the commands of her mahout, resulting in her being stabbed in the other eye, blinding her complete.

When Lek found Jokia, her owner refused to release her, stating that she was young and strong making her suitable to continue working. Luckily for Jokia, an agreement was made and Lek was able to rescue Jokia and bring her to her new life at Elephant Nature Park where she would meet her 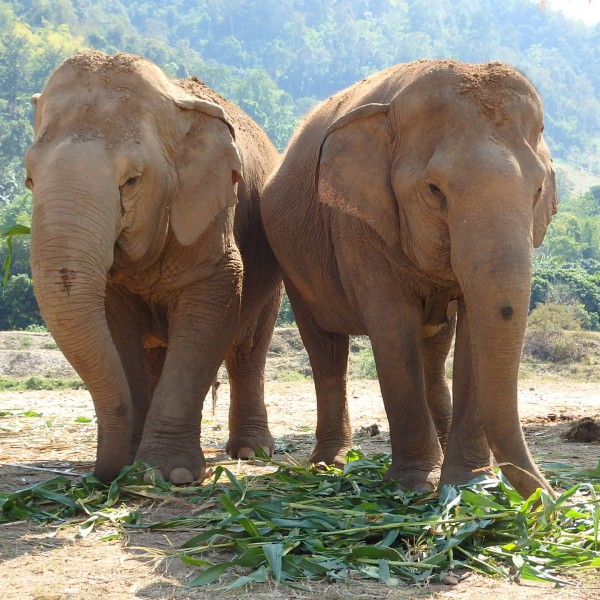 companion for life Mae Perm. When Jokia first arrivd at ENP, Mae Perm wasted no time in going to visit the new girl. Using her trunk, Mae Perm touched Jokia all over, especially over her eyes. It became apparent to Mae Perm that Jokia was blind. It was at this point that Mae Perm appointed herself in the position Jokia’s carer. With her caring nature, Mae Perm would lead Jokia around the park, comfort her when she was scared and chase away any unwanted visitors. Over the years Jokia and Mae Perm have made many friends including young Navann’s herd and Dani who now cares for Khun Dej. Although Mae Perm may wonder to go and see young Navann or inspect any sources of food, she will always run to Jokia’s side if she senses any danger or if Jokia sounds distressed. As Jokia’s eyes, Mae Perm is always sure to lead the way to and from their shared shelter and will rumble in order for Jokia to know which direction she must travel. The dedication and love Mae Perm shows towards Jokia is obvious to all who know them. With Mae Perm by her side, Jokia has grown in confidence and now has a friend that she can grow old with in the comfort and safety of Elephant Nature Park.

The story of Kabu's life is full of sadness and pain. Her rescue on the…

Update Gluay Hom, the sweet boy who lived with chain for many years.

Gluay Hom had lived at a crocodile farm and zoo near Bangkok - Thailand. He…

Happy Birthday to our 4 year old beautiful boy, we hope your birthday will be…