Yindee is Mintra’s first baby, his name is mean ” Pleasure”. He was born at 00.20am on the 24th August 2013.  The newborn was a healthy 108.30 kilograms, 97 centimeters tall and 99 centimeters long. His mother is the young female elephant, Mintra. She is a former street begging elephant who was hit by a car when she was just 4 years old. She is very sociable, she has enjoyed and encouraged the attention of both Hope and Jungle boy. So, one of these young male elephant is the father of Yindee. Her first day with her newborn is a bit difficult because of Mintra still depress from the birth pain . Our vet and mahout help to take the milk from Mintra to give to the baby.

Now Yindee is growing up at Elephant Nature Park with two slightly older cousins, Navann and Dokmai. They have a lot of fun to play together and with the best protection from all nannies, Mae Jampaa, Malai Tong , Jarunee and his number one nanny Pornsawan. 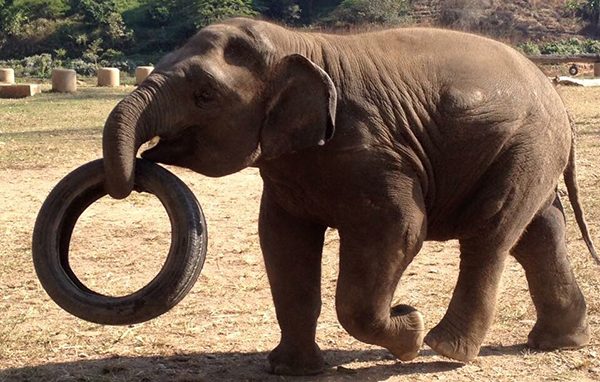 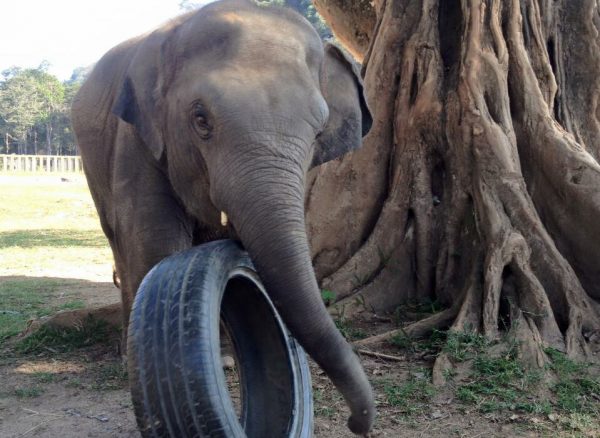 Yindee is playing with his tyre under the fig tree 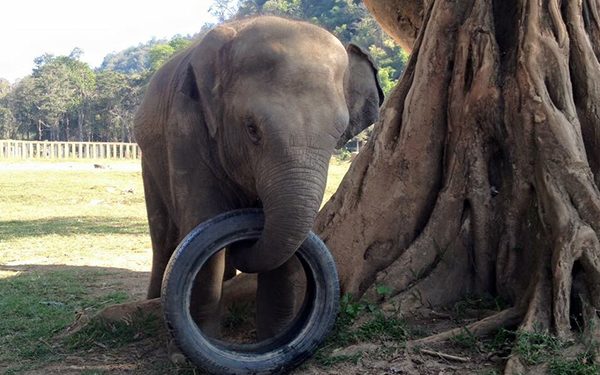 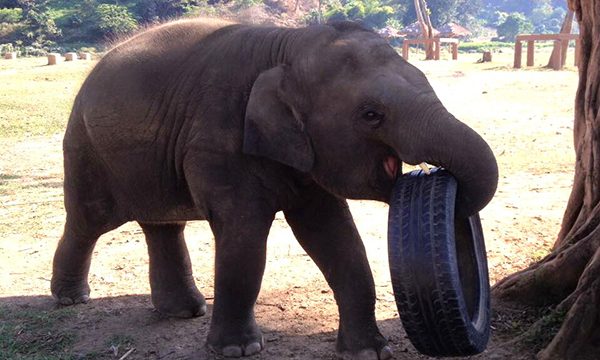 Looks like Yindee is laughing when he has his own tyre 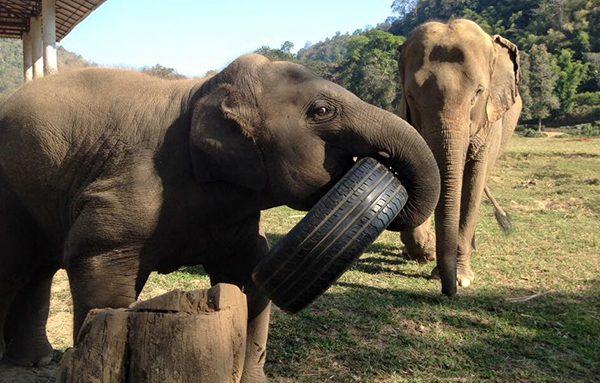 Yindee is playing under the best protection from his nanny. Pornsawan 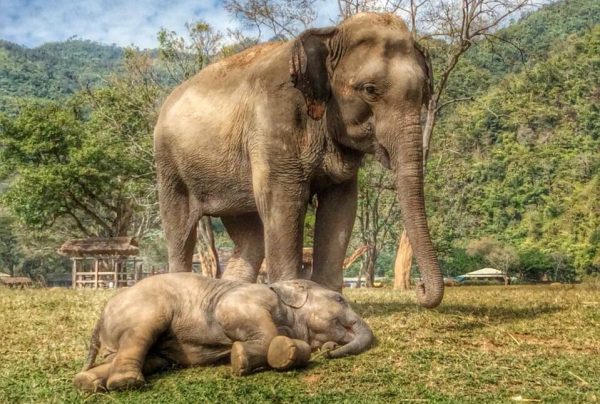 Happy Birthday (10 years old ) to our beautiful Faa Mai. You are the gift from heaven.

Beautiful blue sky, fresh air and muddy after the rain just make the elephant so…

Elephant Of The Week : Dao Tong

Dao Tong was born around 1975. She was rescued from street begging at Surin Province.…